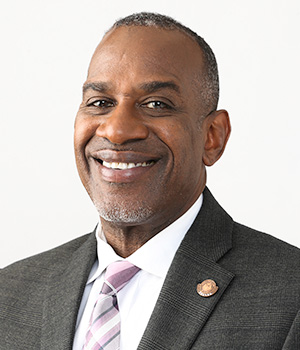 Jim Almond is an accomplished executive whose career includes service of his country as a US Army Officer. Mr. Almond began his career with the Boys & Girls Clubs in the summer of 1990. He started out as a part-time Teen Director in Norfolk, Virginia, with the Southside Boys & Girls Club. He became full-time after serving in that role for three months and served in the role for four years. In 1995, Jim received a promotion to Branch Director at the Virginia Beach Boys & Girls Club. There, he built the program from an Average Daily Attendance of 36 to an average of 80, which was capacity. He would be in this position for a total of five years.

Jim’s next move was to Emporia, Virginia, where he started the Boys & Girls Clubs of Emporia / Greenville County as the founding Executive Director. Jim brought knowledge of the Boys & Girls Clubs to an area that had not previously heard of the Clubs. In addition, he was charged with forming a revenue generating Board of Directors and securing support for the programs and operations. Jim presided over the BGCEGC for two years.

Seeking an even bigger challenge, he applied for and became the Sr. Branch Director of the then Alexandria-Olympic Boys & Girls Club, which is a part of the Boys & Girls Clubs of Greater Washington; one of Boys & Girls Clubs of America’s largest affiliates. Under Jim’s leadership, the Alexandria Club went from a deficit of $65,000 to a surplus of $8,000 in his first year. This feat earned him the Employee of the Year Award, also known as the President’s Award. After serving in this role for four years, Jim was promoted to a position that was created especially for him, Senior Regional Director. In this role, he was required to oversee two regions and manage two separate Boards of Directors. Jim stayed in this role for three years until he was promoted to the position of VP of Branch Operations.

Some of Mr. Almond’s accomplishments during his 26-year career with Boys & Girls Clubs include: