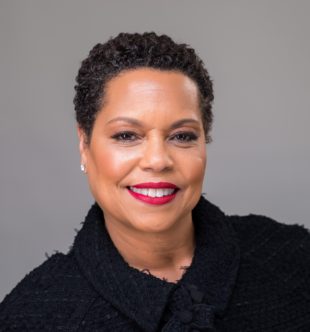 Gabrielle Webster is a visionary thought leader and youth development expert who is sparking positive change as President and CEO of Boys & Girls Clubs of Greater Washington (BGCGW). As a skilled convener who engages communities, business leaders, philanthropists and partners in service of capital area youth and their families, Gabrielle has put to use her strategic planning, management abilities and development skills to fuel unprecedented growth for BGCGW. Under her leadership, BGCGW, which serves more than 21,000 youth, is exceeding financial goals and achieving record accomplishments. Gabrielle is the driving force behind a first-ever $30 million comprehensive campaign. Gabrielle also tripled the number of Clubs in the metro area, earning BGCGW the distinction of being among the top 5% of BGCA (Boys & Girls Clubs of America) affiliates in the nation. In 2022, BGCGW celebrated its first National Youth of the Year in 75 years. Gabrielle is further blazing new trails with plans for a flagship Center of Transformation at the Nation’s Boys & Girls Club, which will serve as an incubator to pilot and implement innovative programs across local sites and ideally the BGCA movement.

Gabrielle has a depth of leadership experience as a nonprofit and public sector professional with a track record of growth and exceeding expectations. Prior to BGCGW, she raised more than $220 million as part of her leadership roles at three large non-profit organizations, which operate in the Washington metropolitan area, the Mid-Atlantic region and at the national level. Gabrielle served as the Chief Development Officer at the United Way of the National Capital Area as well as National Vice President for the American Heart Association, where she was charged with the development, implementation, and execution of a new national business to consumer campaign. Prior to that role, she was Vice President of the Mid-Atlantic Region’s Leukemia & Lymphoma Society where she managed a $36 million budget across nine states. Before her career in the nonprofit sector, Gabrielle spent more than a decade with the Eastman Kodak Company and she held several leadership positions in marketing, sales, university relations, and engineering technology.

Gabrielle was selected by Washingtonian Magazine as a 2022 Washingtonian of the Year. She was also a National Science Foundation Fellow, a National Biomedical Symposium Fellow and a Polaroid Scholar. She was chosen to attend the Center for Creative Leadership in 2009 as one of the top executive directors at the American Heart Association.

Gabrielle earned her Bachelor of Science degree in Chemistry from Xavier University and a Master of Physical Chemistry degree from Atlanta University. Gabrielle is also a graduate of the Leadership Greater Washington program and was recently awarded a Harvard Business School Executive Education Certificate for Strategic Agility and Inclusive Leadership. She and her husband reside in Upper Marlboro, Maryland and they have one daughter.